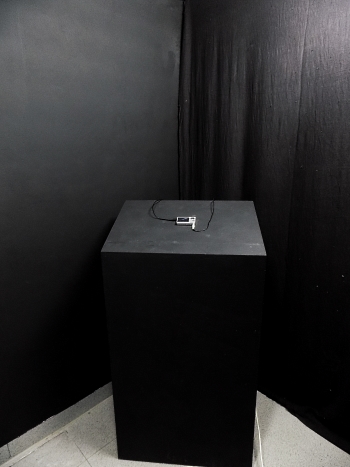 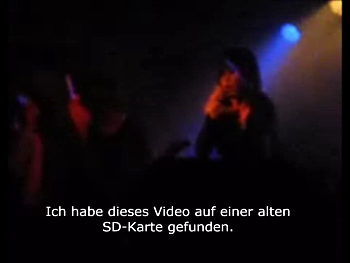 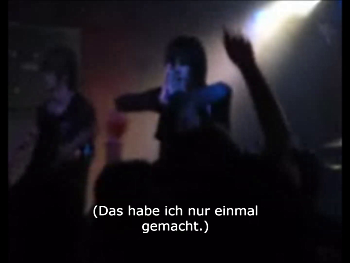 Little Monster is a piece consisting of a dark area or room, my old mp3 player from the mid-2000s, edited found footage playing on it, and a subwoofer.

In 2008, I was at a concert where photographing and filming were strictly forbidden; but I was accompanied by my mother, who filmed what happened on stage nonetheless. I copied the footage to my mp3 player and didn't watch it for about six years, until I rediscovered it in 2014, slowed it down to approx. 1/4 of its former speed and subtitled it with all the thoughts and memories which immediately resurfaced upon reviewing the file.
The piece is shown on the original device it was stored on for about six years, and the heavily decelerated sound is played through the subwoofer, evocating a shabby club atmosphere in the black box with the mp3 player as its only source of light.
A piece on the (in)visibility of memory and its cross-contaminating behaviour, the narration of the self, and growing pains.