Rundgang 2014 was an accident in many ways. There was no plan behind it: it was a spontaneous idea I presented to my then-professor when asked what I was planning to do for the upcoming Open Studios, which to that point had been two other ideas I ended up presenting, too, but the third option, which was my back-up plan, got accepted as well: I would come the studio on every single day of the Open Studios to draw one panel of a comic for every day directly on the wall. The project remained unfinished for two reasons: On Saturday, I received a call that my grandmother suddenly had died - and not-so-suddenly, I came down with 42 degrees of fever.

The comic stayed as it was for one year and was not painted over until the next Open Studios in 2015. 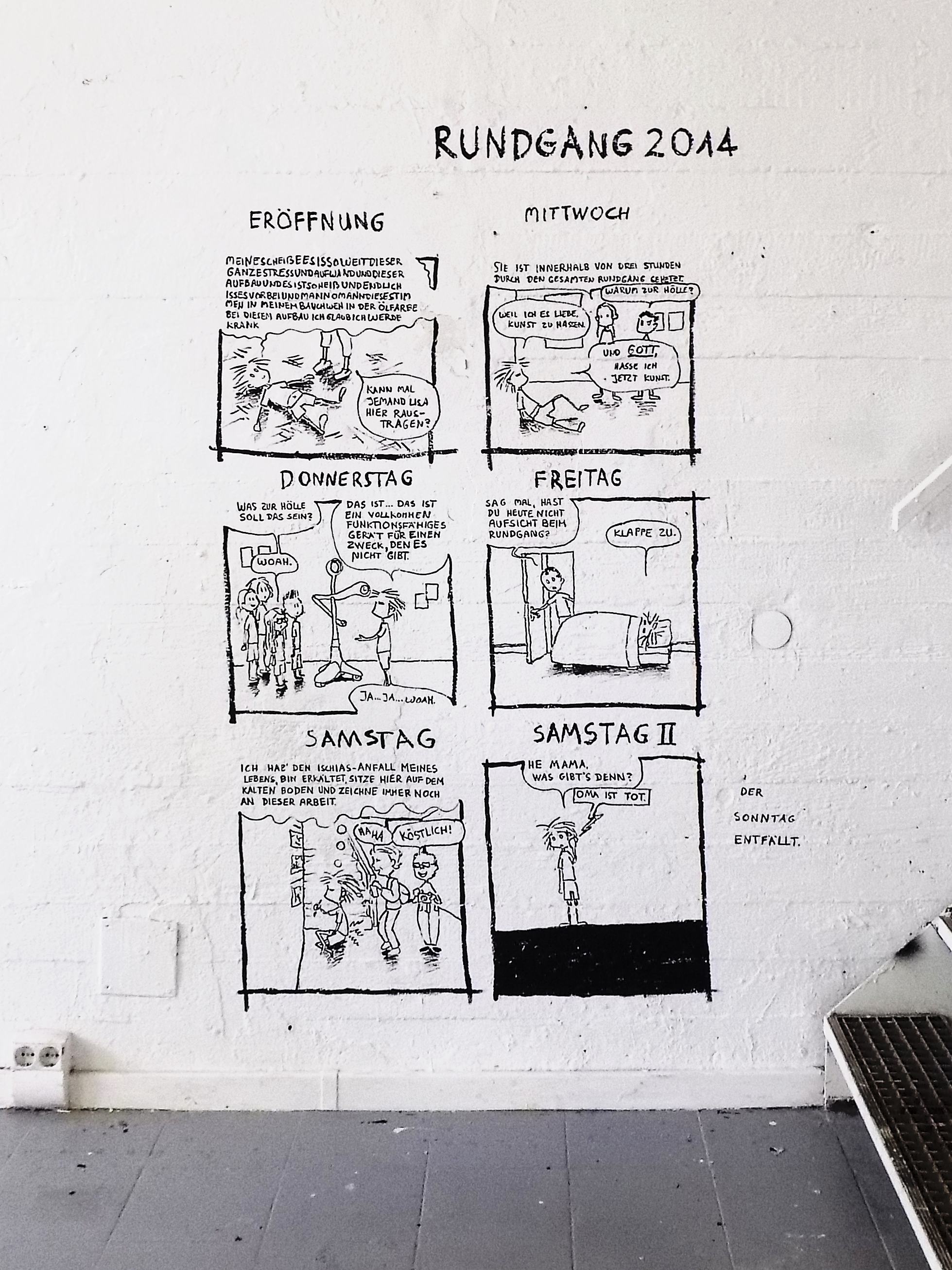