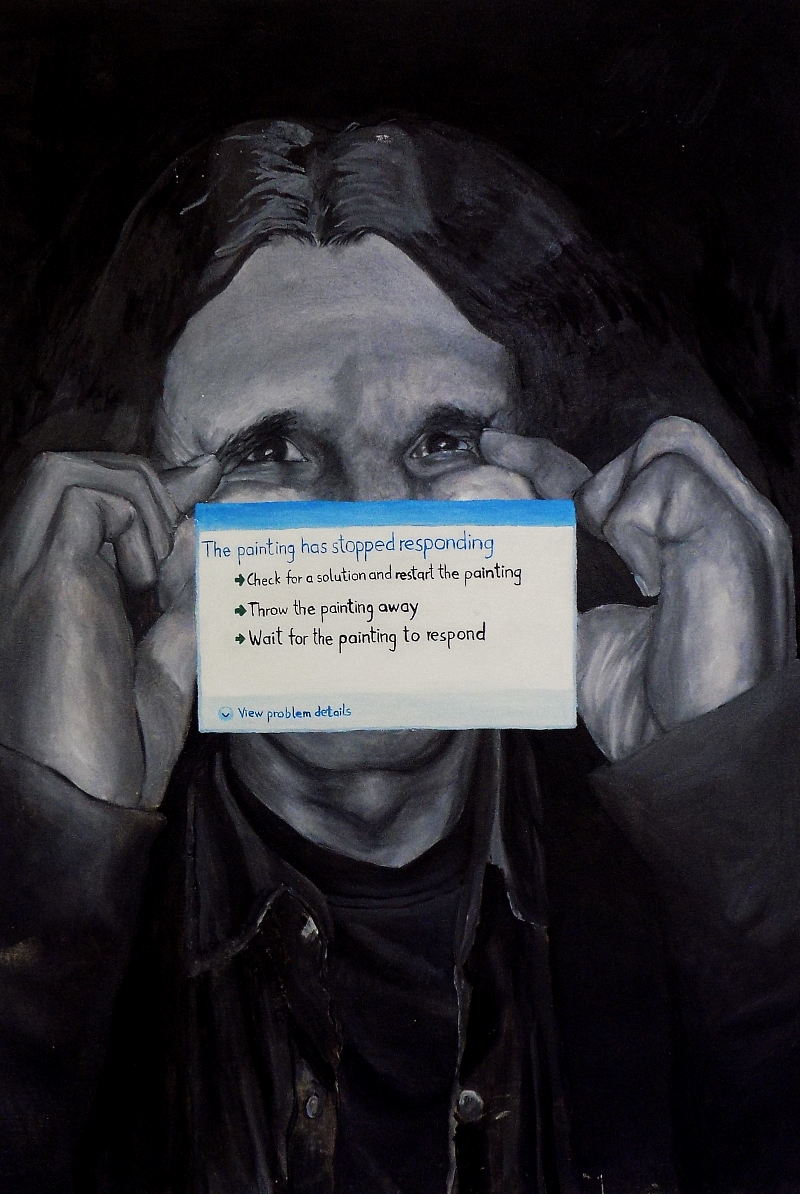 At some point this piece was intended to become a traditional painting.

This specific canvas had been around for three whole years before I could finally finish the work by declaring it null. I had painted several motifs on it, and painted over them several times, until I was stuck on a portrait depicting a young man grimacing. After having visited Painting Forever in Berlin, I came back reassured I was indeed a painter, sat myself in front of the canvas, and - null. I was experiencing something I could only portray with imagery I grew up with and could apply to a variety of situations: Windows error messages. "The painting has stopped responding" and everything in the error box is a variation of "The program is not responding", as the title of the piece is a direct quote from one of the error messages one might receive quite regularly when working on a Windows system.
This might be the first piece in which I consciously used different parts of my material, medial and mental archives to comment on themselves and to have an impact on the spectator different from simply being able to watch the content without having to acknowledge the medium.